Warning: count(): Parameter must be an array or an object that implements Countable in /home/customer/www/staging1.sdgoodwill.org/public_html/wp-content/plugins/MapListPro/cmb_metaboxes/init.php on line 746
 How Reimagining Retail Jobs Could Solve For Retention Issues | Goodwill Industries of San Diego County
Skip to content

How Reimagining Retail Jobs Could Solve For Retention Issues 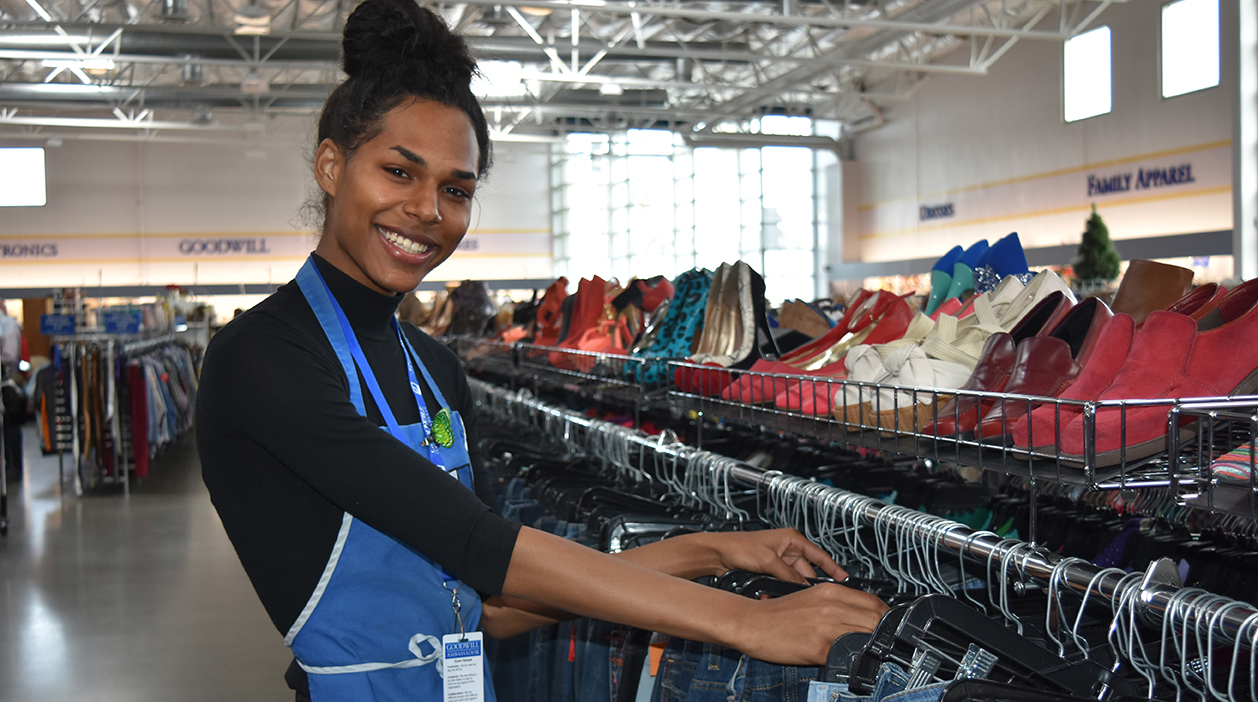 Some of the biggest brands — iconic stores where you and your parents, perhaps even your grandparents, once shopped — have shuttered thousands of brick-and-mortar locations. Chains including Sears, JCPenney, Walgreens, Dressbarn, Pier 1, and Gap have already announced 7,500 store closings this year, a number that could climb to 12,000 by the end of 2019, according to Coresight Research. And by 2026, another 75,000 stores may also be gone, investment firm UBS predicts.

Nearly 600,000 retail workers have lost their jobs over the past decade, even while the industry as a whole has added a million jobs. Of course, it’s also true that 15.8 million employees continue to work in retail. And it’s not hard to find people who see plenty of opportunities amid the challenges.

One such person, not surprisingly, is Ellen Davis, senior vice president of the National Retail Federation (NRF). “The retail industry is undergoing an incredibly exciting transformation, with people shopping differently than they ever have before,” says Davis, who is also president of the National Retail Federation Foundation, the philanthropic arm of the NRF.

“We see retail jobs changing dramatically as a result. Some of those changes revolve around where jobs are located. Distribution centers, for example, are growing quickly as a result of e-commerce. And more traditional jobs in stores are also changing as employees need to have a modified skill set to adapt to this new consumer.”

Meanwhile, retail jobs continue to grow, Davis notes. “Retail is the largest private-sector employer in the U.S., responsible for one in four American jobs,” she says. “And at last count, there were over 500,000 vacancies nationwide.”

To prepare people to work and advance in the retail industry, the NRF Foundation launched RISE Up (Retail Industry Skills and Education) in 2017. It’s a training and credentialing initiative supported by almost two dozen companies, including BJ’s Wholesale Club, Brooks Brothers, Disney Store, Target, and Tractor Supply Company. Once associates complete the 15-module training program and pass an exam, they earn a credential they can use toward their careers.

“That’s everything from more traditional skills, like customer service, to digital fluency and upselling in an environment where a customer, through online research, may know more about a specific product than a salesperson in the store,” Davis says. “Over 50,000 people per year go through our RISE Up program to learn these skills and apply them to their jobs.”

Greg Foran, president, and CEO of Walmart U.S. is a RISE Up supporter. “Walmart is proud to work with the NRF Foundation and other retailers to explore new ways to attract, train, and retain talent,” Foran said in a media statement. “This is a critical time for the industry, and it’s important we all focus on giving our people the tools to succeed and the ability to move up.”

Walmart also funds Reimagine Retail, an initiative of the Aspen Institute Economic Opportunities Program that explores ways to enhance job quality and advancement for retail workers. One partner, Goodwill Industries of San Diego, created career pathways, developed training to move entry-level workers to store managers and launched a leadership development program that resulted in a 15 percent increase in revenue over two years and a 46 percent increase in internal promotions.

“I’ve never met a retailer, large or small, who isn’t interested in ensuring that employees are able to come, grow, and stay at their company,” Davis says. “Every retail CEO or business owner is interested in attracting and retaining great employees. Retention is a huge challenge for retail, especially with the current unemployment rate, and many companies have been focusing on upskilling in order to allow their incumbent workers to continue to develop professionally.”